Psychology of Social Media Part 2: Engagement and the 4 Basic Emotions

No doubt, the majority of you reading this article have a social platform of some kind. It’s no secret that social media is a mainstay in the world! It is a huge part of the very essence of our daily lives. We live and breathe it and focus much of our lives around it. Despite that, there are still some businesses on the fence about utilizing it. The truth is, many still don’t quite understand just exactly how to tap into the social media goldmine on a business scale and utilize emotions to drive customers to their doors. But with over three billion people using social media around the world, if you’re not taking advantage of it, you’re missing out on a fast, inexpensive, and effective way to reach almost half the world’s population.

In part 1 of our series, we dove into the psychology behind the who, what, when and why’s of social media. It’s time now to look at how.

The Psychology of Social Media Part 2:

How to Utilize the 4 Basic Emotions to become More Engaging

“Just because you’ve got the emotional range of a teaspoon doesn’t mean we all have,” an angry Hermione tells Ron in a heated Harry Potter and the Order of the Phoenix moment.

Actually though, we all might have. Research from the Institute of Neuroscience and Psychology at the University of Glasgow says the range of human emotion may be a little closer to that of a teaspoon than previously thought. The Glasgow scientists studied people’s facial expressions, and the emotions they signal, by showing people computer-generated facial animations. When broken down, they found that there are just 4 basic emotions of human behavior.

The word “emotion” itself comes from the Latin word emovere, which literally means “to move”.  Though there may be only 4 root emotions, these emotions move us to do unexpected things. And when it comes to social media, you can use these emotions to move your audience right to your door.

Obviously there are way more emotions than just these basic 4. The basal quartet, though, functions almost like building blocks, with more complex emotions being blends of the 4 basic ones. 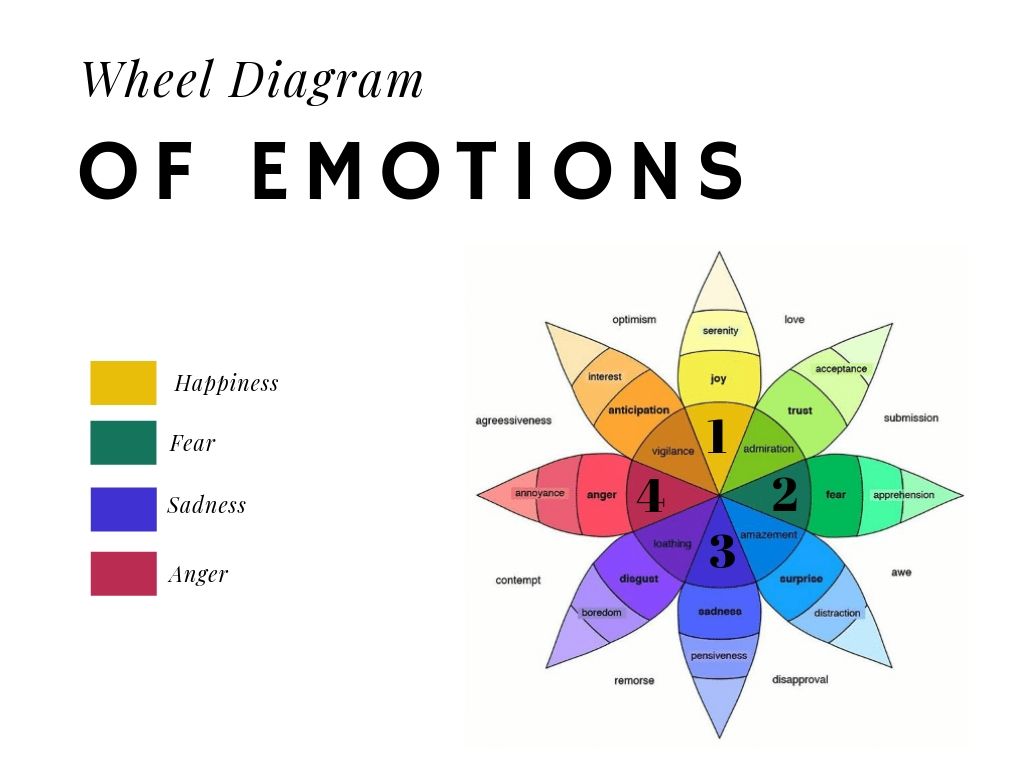 These more complex emotions are often referred to as secondary, with the big 4 being our primaries. These primary emotions are the most significant and are the ones we as marketers should tap into the most. Let’s take a look at each of the 4 basics, at how they drive us to surprising actions and most importantly, how you can use them to your business’s advantage. 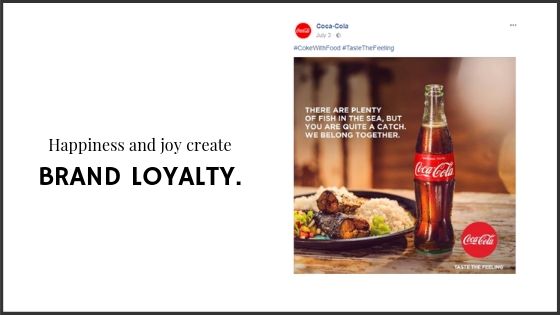 Housed within the pre-frontal cortex of the brain, happiness isn’t something we like to keep to ourselves. Based upon a prolific study by Donald Winnicott, science proved that joy increases when shared with others. Touch on those happy vibes in your social media, and your business will thank you! The University of Pennsylvania found that articles evoking positive and happy emotional tones are more likely to go viral than those that don’t. 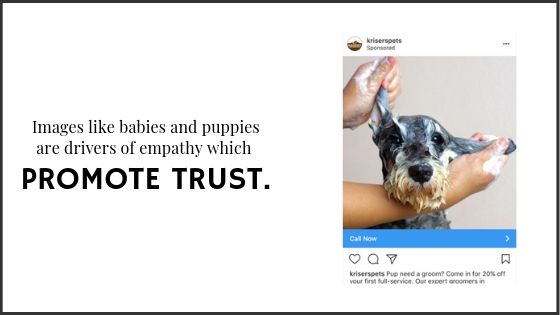 Sadness evokes feelings of empathy. As we experience feelings of empathy, our brains produce the hormone oxytocin. This hormone is the promoter of connection and empathetic drive that plays a huge part in the development of trust. From a marketing standpoint, this is why advertisers choose babies and puppies for things like phone commercials. Though neither babies nor puppies directly relate to cell phones, the use of them stimulates an area in our brain that promotes empathy and trust.  When selecting your own imagery, select images that will prompt empathy-driving elements to aid in building trust in both your product and in your brand. 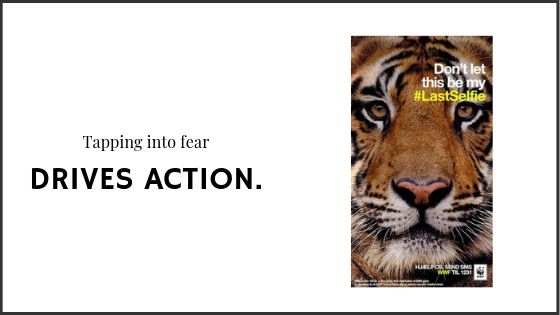 A study in the Journal of Consumer Research illustrated that individuals who felt fear and surprise during a film-based research experiment felt a greater association with a present brand than individuals who felt emotions of happiness and sadness (buffersocial.com). The conclusion of the study found that when we feel fear, we look for something to cling to. Broken down, the findings make perfect sense. People’s go-to response when they’re surprised or fearful is to reach out to others around them. This is why we look around the room and exclaim “Oh my goodness!” or “Wow!” or “Did you see that?” when something frightening happens.

So how does this apply to you? The study concluded that if fear or surprise are evoked through a brand, consumers transfer the emotional need for shared attachment onto the brand itself, driving action and resulting in brand trust. 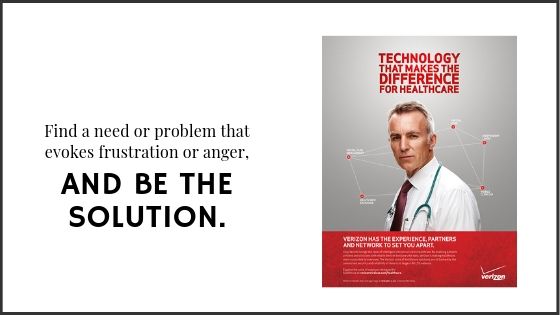 Even though positive emotions have a greater effect on us than negative ones, negative emotions are not free from making a lasting impression. The cool thing about anger is that the secondary emotion derived from it is stubbornness. Anger forces your audience to dig into their stance about whatever issue is on the table. Tap into this emotion by researching the market for your particular business. It won’t take long to find out what is possibly irking consumers about your field. For example, if you own a roofing company, do some online research or ask around to find out what bothers people most about roof installation. You might find that people think the process is too noisy or too lengthy or too costly. Make your business stand out by speaking to one of these specific frustrations and be the solution. This taps into the stubborn elements connected with the frustration, yet shows why your brand is a better choice than all the others.

Putting It All Together

Engaging Your Audience Through Emotional Triggers

Web Marketing Today suggests that social media success comes from engagement even more than exposure. Understanding the 4 emotions and how they affect our engagement can transform how you use social media for business. Engagement through social media isn’t as complex as you might think. Take a tip from French novelist Marcel Proust. He reminds us that “The voyage of discovery is not in seeking new landscapes but in having new eyes.” Look at digital marketing with new eyes. Discover what makes your story worth telling and engage.

Head on over to read our last post of the series for one final how question, and learn how to use the psychology behind social media to be more shareable. Click here!

For further reading, check out these popular articles on our site: