Imagination matters, and yet for writers it matters in ways that are not necessarily obvious.

More on the less-than-obvious ways imagination matters in a moment. First let’s talk about rules.

Anyone who makes a living by stringing words together is someone who likely formulates “rules”—self-made, self-imposed rules—for improving his or her own writing. I’m not referring to anything grammatical or mechanical. Those conventional ideas are already established and in wide circulation. I’m referring to rules of my own devising—rules or practices that I have concocted based on my own trials-and-errors and that I feel make my work more effective. Maybe “tips” is a better term here, and if so, fine. 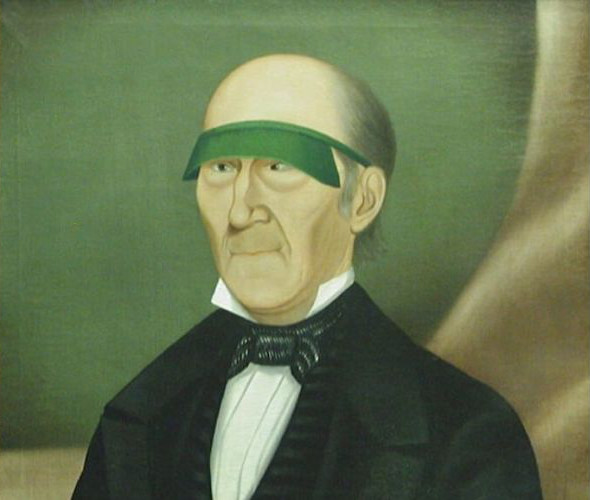 At any rate, I’ve hatched ideas and refined approaches and found ways to crystallize my own personal refinements into “rules” or practices that I have ingrained into my thinking. It becomes second nature to implement these practices in my own writing and to apply them at times to others’ work, as when I’m wearing my editing hat. (Editing visor? No editor wears those translucent green eyeshades anymore, along with the sleeve garters on their upper sleeves, but they were cool in their day. Editors are sometimes a little quirky.)

I’m also a collector of writing tips from great writers, and such tips, or even whole lists of tips, are plentifully available on the web. Helpful, too. All of this being so, it came as a surprise to me, decades into my writing life, that I would hit upon an idea, or a “rule,” that I’d not seen in lists of writing tips—an idea that I feel is as good as any other I’ve encountered or cooked up on my own.

Now you’re probably already reflecting on my article title and you’re thinking two thoughts: (1) “Imagination matters” sounds like something that would already be on someone’s list somewhere, and (2) the idea of using one’s imagination is such an obvious directive that it hardly needs saying.

And if were true that what I mean by “imaginative” is “creative,” or “original,” or “fanciful,” then I’d have to agree. But that’s not what I mean by being imaginative. What I’m referring to is the practice of using one’s imagination to envision how one’s words are actually being absorbed by readers—readers who potentially could take away different understandings from the text than the writer intended.

Seeing—anticipating—such misunderstandings requires imagination. It comes down to seeing words through eyes that are not your eyes—and that’s what requires imagination. But especially so for a writer, someone who already has in mind what he or she is trying to say. That person must mentally set aside all of his or her grasp of “where the story is going” and must imagine what the words actually do say as they unfold to someone who knows nothing of the sort, or who has perhaps different expectations of where the text may lead.

Again, it probably sounds as though I am stating the obvious. I know that it must sound as though I’m merely saying, “We need to think about the reader.” And yes, I am saying that. But I’m trying to say more. Over the years, it has become increasingly obvious to me that the biggest shortcoming in most substandard writing is a lack of awareness. Maybe one could call it a lack of self-awareness. The writer cannot, does not, fully get his mind around the reader’s own likely perceptions of what the writer has written. This is precisely why imagination matters.

It takes imagination, and practice, and concentration, to read a sentence the way that someone who is not you would possibly read it. One must mentally challenge every word choice. 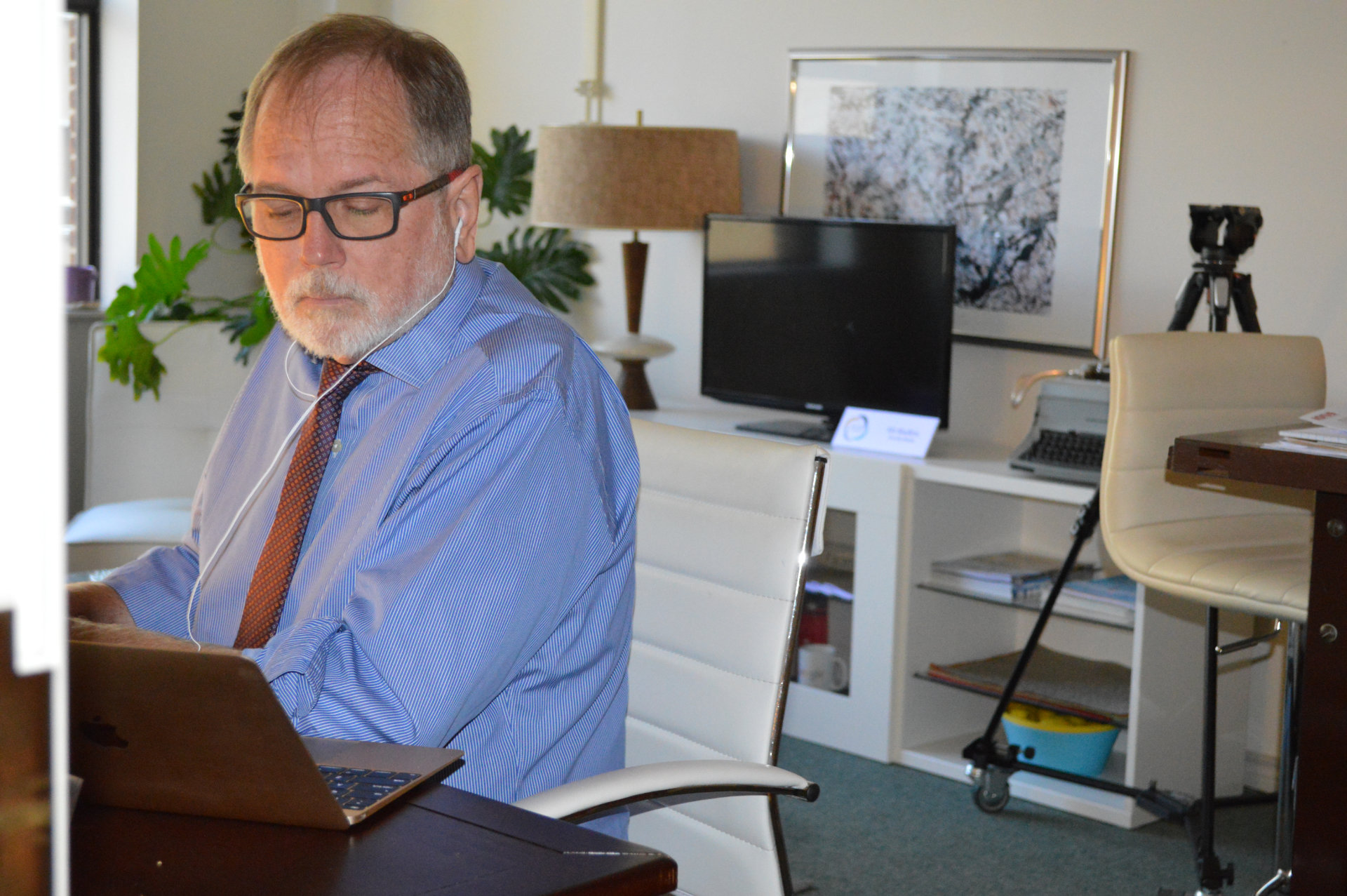 Jesse Mullins, editing in his office.

Let’s take an example. I’ll take the first such example I’ve encountered today, in my day’s work. It’s from an article about hiring employees. Here’s the context: the writer was suggesting that a hiring manager should heed the input of, for instance, one of his company’s salespeople when hiring a salesperson, and the input of a controller when hiring a controller, etc. Here is the sentence:

“Watch for the red flags and don’t ignore others’ warnings because, nine times out of ten, you make a poor hiring decision.”

And here (in italics) was my edit, which was fairly simple:

“Watch for the red flags and don’t ignore others’ warnings because, if you do ignore them, then, nine times out of ten, you make a poor hiring decision.”

My point is not about the edit I made. This was an easy and unremarkable edit. My point, rather, has to do with the type of error that we see here. And why this kind of language points up the need for using imagination.

We can easily see that the writer thought he or she was describing a mistake that could lead to a “poor hiring decision.” But nowhere, in that first version, does it indicate that anyone made a mistake. In fact, the reader could infer from the language used that not ignoring others’ warnings is what will lead one to “make a poor hiring decision.” In the strictest sense, the most literal sense, that’s what’s being said.

But that’s clearly an untruth. If one does not ignore warnings, then one is heeding warnings. If one heeds warnings, one is doing the right thing, not the wrong thing. And yet we are told, in so many words, that heeding warnings will cause us to make a “poor hiring decision.” That’s literally what the first sentence said.

I know that someone, right now, is saying I’m overthinking this matter, and overstating this point, and that the “bad” sentence nonetheless supplied enough contextual clues for us to decipher the meaning as it should have been presented. In other words, someone could say no quibble is needed. And I won’t argue that the text is decipherable. I couldn’t write this present exposition if I had not first “deciphered” what I believed the writer was trying to say. But my point here is clarity, and more than just clarity.

I’m trying to springboard from here into a larger idea. There’s another shortcoming in writing of this sort, and it is the uptick in mental activity that is forced upon the reader who must sort out the meanings of a less-than-perfectly-clear writer. Maybe the effort is slight. Mere milliseconds. But just the same, some slight hesitation occurred, and some slight judgment arose: a judgment that this writer is not as precise in his or her phrasing as perhaps he or she could be. Plus, the reader’s thought processes were diverted, if only for a microsecond, from the idea of “making good hiring decisions” to the question of “What is the meaning of these words?” A brief deflection, to be sure, but the reading experience was diminished accordingly. Something slowed down.

And if enough of this sort of shortcoming shows up throughout a document, the effect is significant. 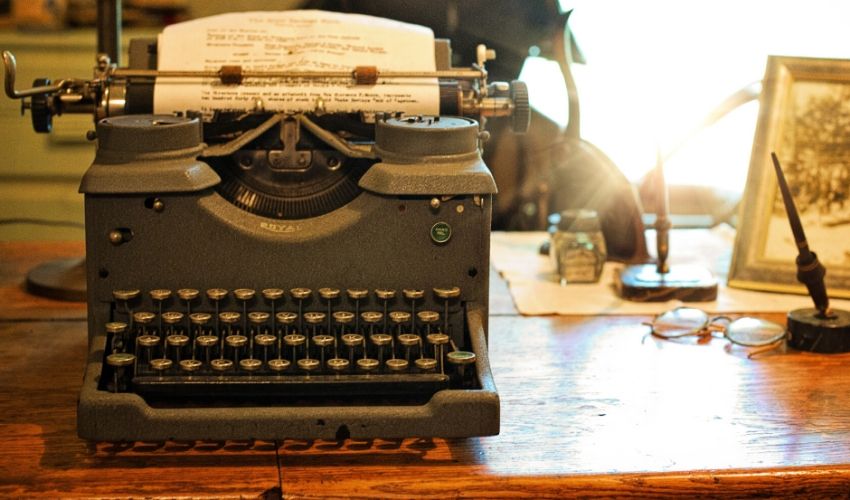 The point here is not grammar or mechanics. Rather, the point is imagination. It takes an act of imagination to read a sentence as one’s reader might read it, not just as one intends it to be read.

Imagination is mental work. It also requires certain habits of mind that might not come naturally to some people. I’ll go so far as to say that some people are clearly lacking in their powers of imagining how their own writing confronts others.

In some ways, that’s totally understandable, even normal. In some ways, it is rather unorthodox for someone to excel at the kind of scrutiny that we discuss here. As Yuka Igarashi, managing editor at Granta Magazine, wrote in an article published some years ago by The Guardian, “You need to be able [as a writer or editor] to look at words in a way that goes against everything your brain would naturally do when it looks at words.”

Maybe that can’t be helped. It’s just the nature of the game. My point here is not a deep dive into the techniques to which Igarashi alludes. My point is only to say that there’s work to be done, and just knowing that much is a beginning.

The exchange that occurs between a writer and a reader is one that implicitly requires a certain amount of work if it is to succeed. And while it is clear that most of that work rests upon the writer, we cannot ignore the fact that some work falls to the reader. There’s always mental work to be done in the act of understanding someone else’s meaning. So one measure of the effectiveness of writing is the degree to which the reader is spared excessive work.

And how does a writer spare the reader excessive work? My suggestion here is that more imagination must be brought to the task. One of the “rules” that I have cooked up for myself is this: as I spin out verbiage, I try my best to read it wrongly. I try to smell out any potential, or latent, meanings—even absurd meanings—that could be derived from the verbiage.

I call this practice “reading to mis-read.” When I’m editing someone else’s prose, or composing my own, I’m always scouring it for words or phrases that could harbor unintended meanings.

This practice really comes down to just the same one I started with: the idea of applying one’s imagination. When I “read to mis-read,” I’m really just trying to imagine some way whereby a reader could take my words in a way I never meant.

And when I find one of those possible mis-readings, I stop and rephrase the content to eliminate (as much as possible) any sort of misunderstanding.

This takes work. And thought. And imagination. Honestly, it takes a lively and fanciful imagination to be able to do this task well. One must envision worlds of possibilities if one is to rule out, or head off, all flawed possibilities.

Do you want to improve your own written communications? Acquire the mental habit of stepping outside of yourself and challenging your own message. Be ever-so-ready to go careening off on a tangent. Comb through the text like a lawyer looking for a loophole. Then, when you find a wayward wording, dropkick it into the Van Allen Belt. Replace it with concrete, compelling, pellucid prose that attains to marbled halls of immortality—or that at least works better.

For further reading about writing:

Check out the popular article on how to apply the 80/20 Rule of Content Marketing.