Ventana Exploration and Production II (VEP II) recently received a new round of equity capital from an affiliate of Starwood Capital Group (Starwood), Equity Group Investments (EGI), and the Virginia Tech Foundation. Ventana (VEP II together with its predecessor VEP I), which acquires non-operated oil and gas interests in Oklahoma, has participated in more than 500 wells in the STACK/SCOOP/MERGE to date. Since inception, Ventana has raised more than $150 million of equity capital and currently has over $100 million of “dry powder” to pursue acquisitions of non-operated working interests and minerals in Oklahoma. 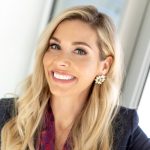 “We’re seeing as much or even more opportunity today as we have over the last 18 months,” commented Ventana CEO Heather Powell. “That’s largely due to the momentum and reputation we’ve built in partnering with local leasehold and mineral rights owners. In addition, with operators in the basin focused on capital discipline, they continue to divest their smaller, non-operated land positions. Those are often the types of assets that are core to us.”

Ventana, through VEP II, is targeting acquisitions in the STACK/SCOOP/MERGE plays of the Eastern Anadarko Basin in Central Oklahoma. These three plays include multiple vertically stacked oil-prone reservoirs such as the Oswego, Springer, Meramec, Osage, Sycamore, and Woodford formations.

Ventana launched its organic acquisition strategy in late-2016, originally targeting a portfolio of 5,000 acres by the end of 2020, but achieved that goal nearly two years ahead of schedule.

“It is a buyer’s market right now and Ventana is in an enviable position with a substantial existing portfolio of diversified interests providing an information advantage, no leverage, and significant equity dry powder. At Starwood, we are proud of what the team has accomplished and believe the future is bright,” said Russell Bennett, head of oil and gas at Starwood.

“This is an exceptional operating team with strong local ties,” said Evan Harwood, Managing Director at Equity Group Investments, and a Director of the Ventana board. “Together we have a substantial foothold to pursue attractive long-term investments in the STACK/SCOOP/MERGE.”

Meanwhile, in other activity, a relatively new name in the SCOOP STACK expressed its satisfaction with the region’s promise.

Brookside Energy Limited, a exploration and production company that is headquartered in Perth, Australia, but that operates in Oklahoma, ended a productive first quarter with good results and some enthusiastic talk about what their future in the Sooner State holds. Brookside Managing Director David Prentice said; “We continue to build on the momentum we gathered in 2018 and it is particularly pleasing to report on the great progress we are making as we transition to an operator in our SWISH AOI in the SCOOP Play.

“The strong cash contribution from the Bullard well this quarter and the emergence of the pipeline of low-risk development or infill wells that are emerging from within our nonoperated STACK Play holdings add substantially to our already successful land and leasing business model.”