The Baker-Hughes Active Rig Count for the state of Oklahoma stood at 107 on Friday, April 5, marking a decline of 9 from the March 8 figure of 116 rigs. The slippage was in contrast to a U.S. upspike in rig activity. Nationwide, the active rig count jumped sharply by 19 rigs to settle at 1,025.

Meanwhile, prices for crude oil climbed out of the $50s and into the $60s, ending the week at $63.08. That unexpected bump bodes well for seeing more rigs go into duty.

An article on oilprice.com stated that “Oil prices were trading up earlier on Friday, leading up to the data release as early figures came in for OPEC’s March oil production from S&P Platts, which showed that its oil production had fallen by 570,000 barrels per day from February levels as Venezuela and Saudi Arabia saw steep declines in production levels.”

The same source observed that “WTI [West Texas Intermediate crude] was trading up $0.49 [+0.79 percent] at $62.59—well above the psychologically important $60 per barrel mark.”

The accompanying map, created by Baker Hughes, shows the locations of Oklahoma’s 107 active rigs. The heaviest concentration, clearly, lies in the SCOOP/STACK region. 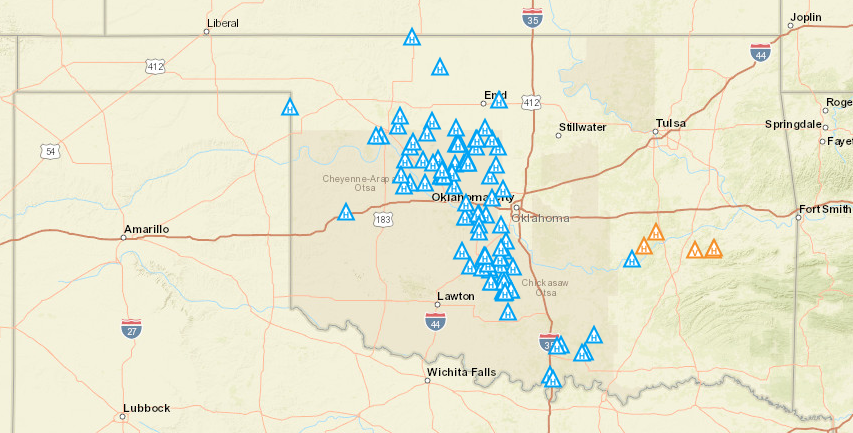 Map of active oil and gas drilling rigs in Oklahoma as of April 5, 2019. Source: Baker Hughes 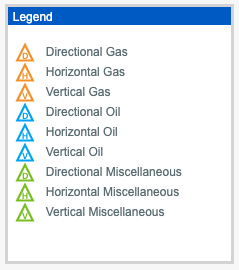